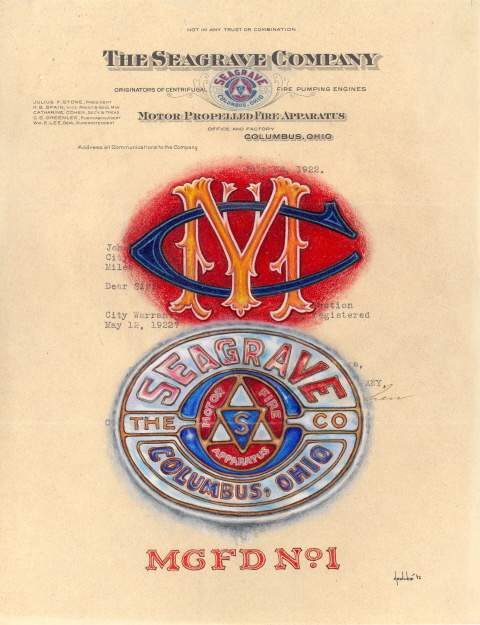 I have taken photographs of the No. 1 Miles City Fire Engine, Seagrave build number 16667. It is slowly being restored. The radiator badge was in fine shape. It is cloisonné, and truly the shining crown to a piece of fire apparatus that's almost a hundred years old. The monogram above the emblem is my rendition of what I think the hood lettering looks like. It is so terribly faded that it was hard to determine what it originally looked like. 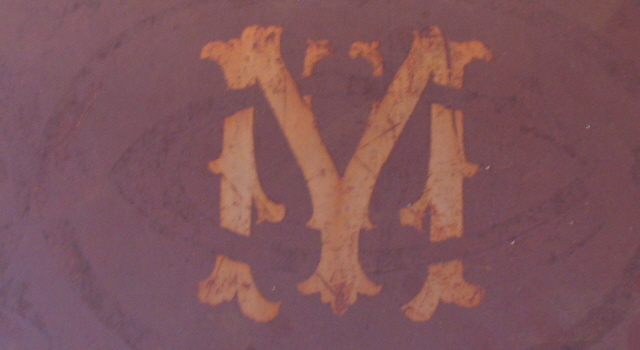 Above is a photograph of the Miles City Monogram on the hood. It is surrounded by painted filigree scroll work. 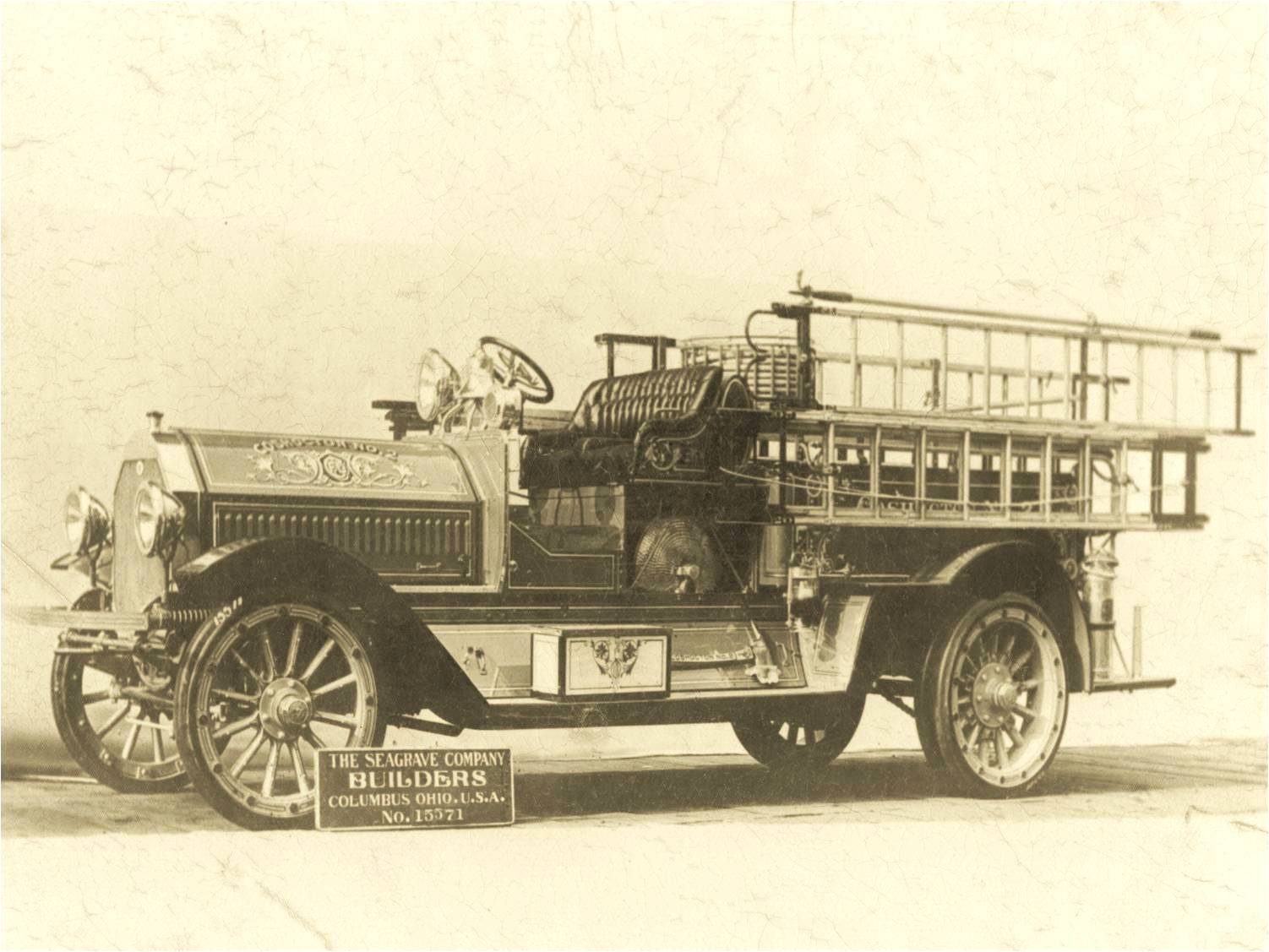 Above is a factory photograph of a 1916 Seagrave Chemical Motor Fire Apparatus with chain drive. This is what the Miles City engine looked like - sort of. The engine in the photograph was built for the city of Coshocton, Ohio, as their No. 2 engine. Apparently, Coshocton could afford the extra-special adornment of gold leaf, filigree and chrome. The Miles City Number 1 didn't get the royal treatment. I'd like to see the Miles City engine look like this one!

I am not done with this little project just yet. I have the carbon copy response to this letter which was attached to the piece of letterhead pictured at the top with a small pin - early paper clip if you will. I have contacted the Hall of Flame Museum in Phoenix, Arizona, in hopes of obtaining information they may have about the Miles City Engine. I've been told that the Museum has the Painter's Log for the Seagrave Company. The Painter's Log and the Build Number will tell me just when the Miles City engine left the factory, which is something I'd like to be able to tell a patron who decides they have to have this old piece of paper and a little piece of early Montana History on the side.

An update to the story: I spoke with the Curator of the Hall of Flame Museum in Phoenix, Arizona, Peter Molloy this afternoon, and he was able to tell me that the Miles City Number 1 fire engine was painted on January 18th, 1917. He was also able to point me to another Museum in Michigan, that may have a photograph of the Miles City engine. Peter explained to me that every truck that left the Seagrave factory was photographed in a manner similar to the photo above. These were large glass plate negatives which Seagrave at some point in time parted with, as they had no reason to keep documentation for engines they built over Seventy years ago if not more. This was done to document not only the truck itself, but also the apparatus that was included as part of the sales package. I will also be able to determine (hopefully) what  color scheme was used.

Posted by MrCachet at 6:43 AM No comments: 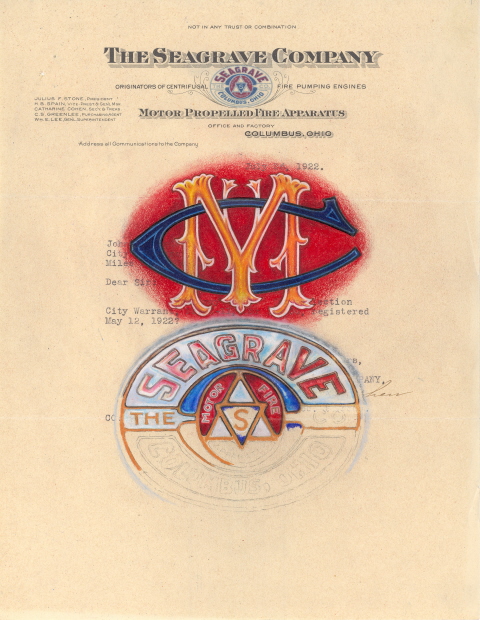 A work in progress. More later for those of you still hanging around.