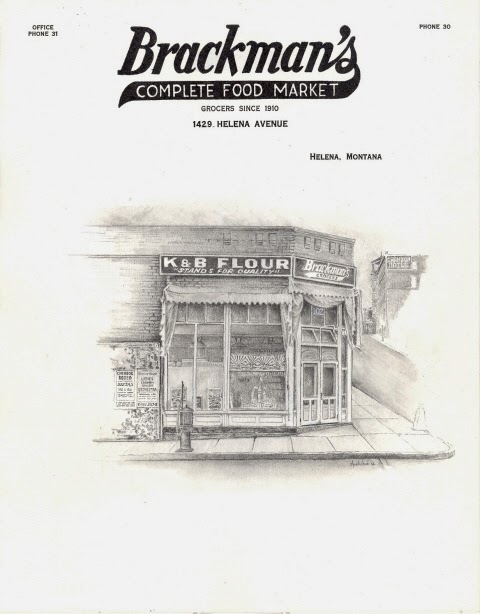 This building is not at 1429 Helena Avenue. The actual address WAS 102 6th Avenue, which is the Northeast corner of 6th and Jackson. It was rendered from a photograph taken in the 1930's, and a very clear photograph it was. The building still stands, although the brickwork has been stuccoed over, and the entrance to the building is now on Jackson. As a matter of fact, the photograph was so good I could actually read the broadsides on the side of the building, but found it almost impossible to render them clearly enough to be readable. I was amazed that there would be an advertisement for a rodeo in Chinook, being that the rodeo grounds would have been at least 240 miles up the road. Also of note is the sign on the West side of the building advertising Klein & Bourne Flour, which would have been a locally produced flour. I have seen a label for Brackman's Mayonaise, produced and sold on the premises. History!
Posted by MrCachet at 5:42 AM No comments: