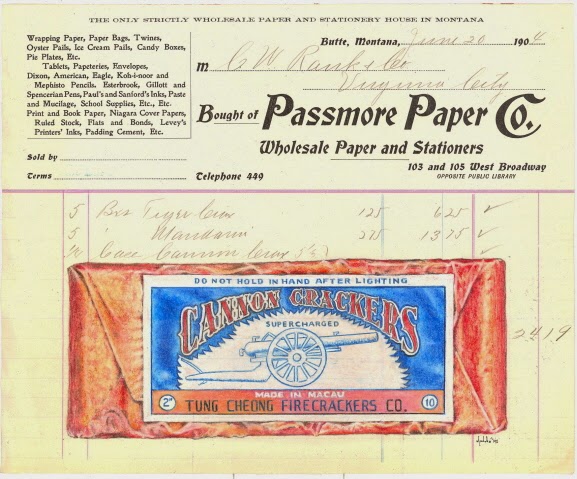 C. W. Rank & Company prepared for the 1904 4th of July celebration in Virginia City by ordering some 'crax' from the Passmore Paper Company in Butte, Montana. Don't you always go to your stationery store to buy your fireworks? Just another piece that I'll have in my room for the Western Heritage Art Show and Sale in Great Falls, Montana, from March 18th through the 22nd.
Posted by MrCachet at 6:55 AM 2 comments:

I Want Your Chocolate! 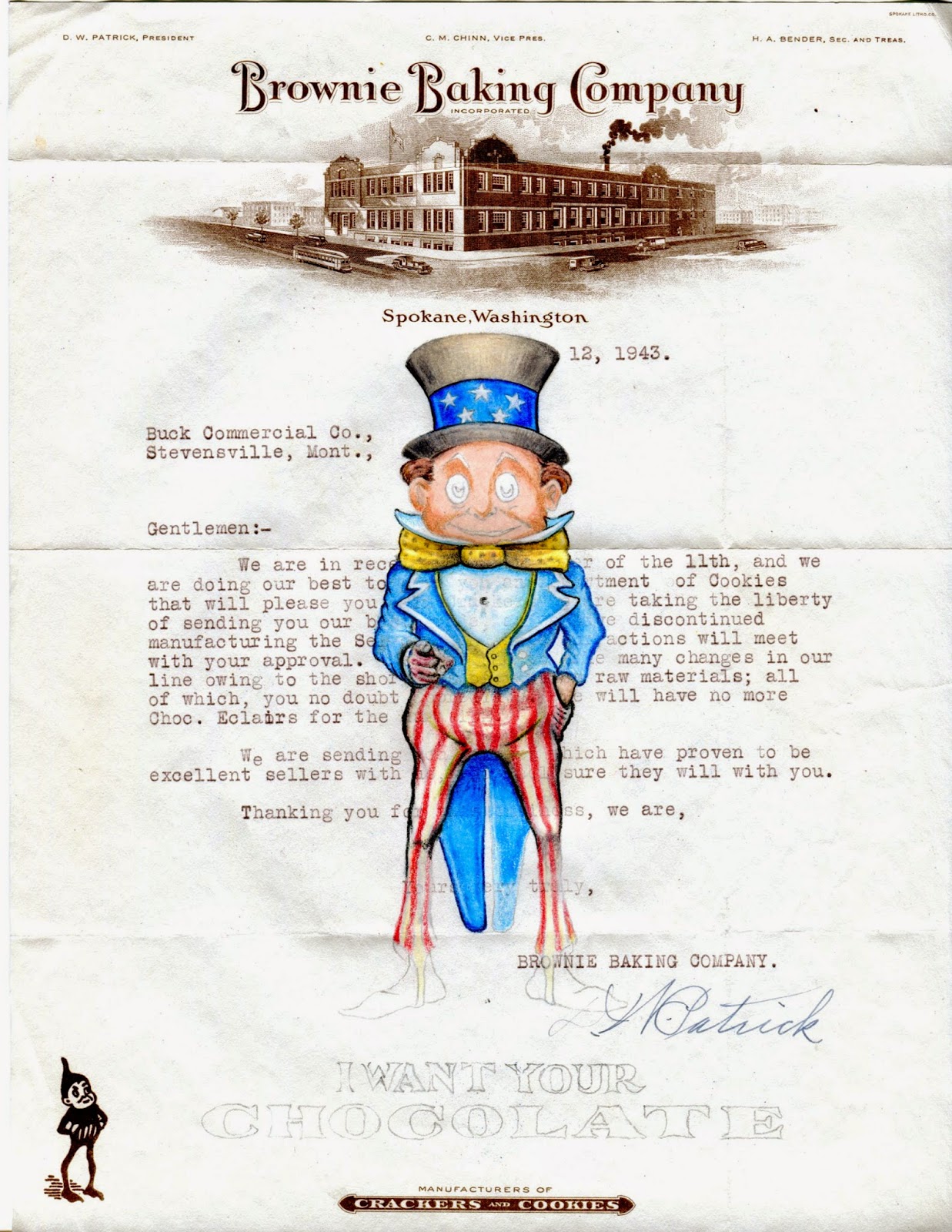 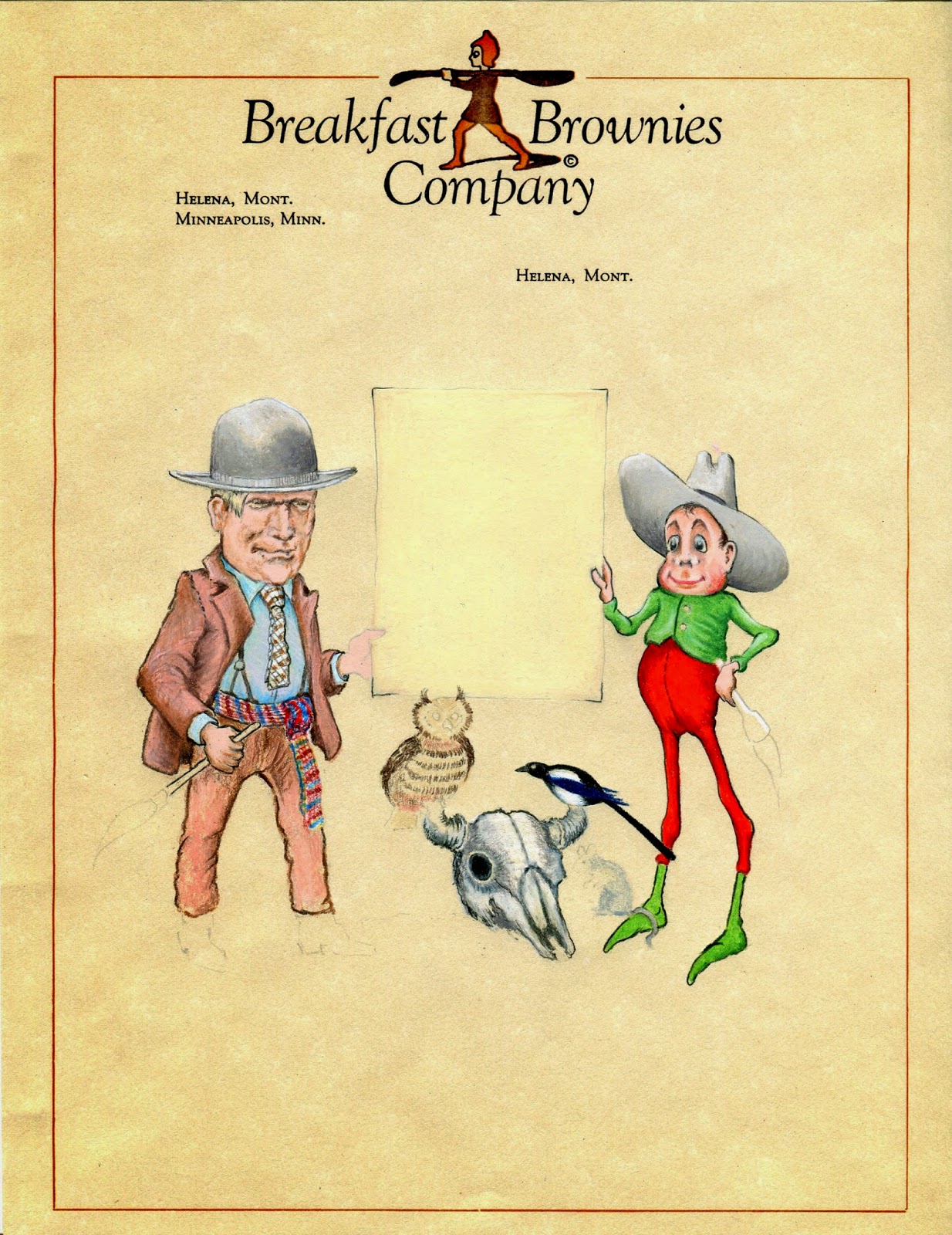 I realize that  these images are not really 'finished', but that's the idea behind the Quick Finish events. Potential patrons get to watch more than twenty of us put forty-five minutes to good use.

The Thursday evening event supports the Western Heritage Artists by raising funds to defray the cost of putting on the five day show. The Saturday evening event is called Art Competing for Causes, and this year we are supporting Breast Cancer Awareness along with other worthy causes.
Posted by MrCachet at 6:54 AM No comments: 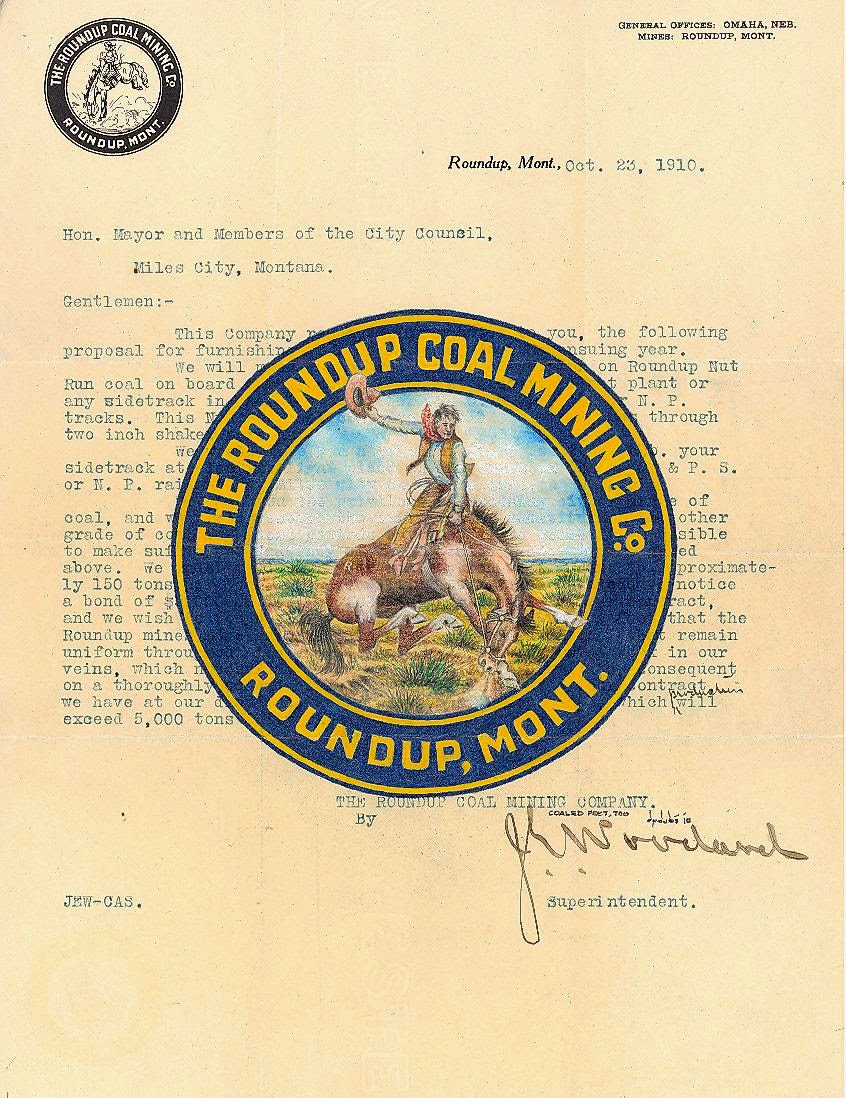 This is the second of two letterheads that I acquired from the Waterworks Art & Heritage Center in Miles City, Montana, in the Spring of 2012. The Custer County Historical Society was forced to close their office, and the folks at the Art & Heritage Center allowed me to purchase any paper that I found that was of interest to me.

The letter itself is a bid submitted to the City for coal, delivered by rail from the mines mostly West and a bit North of Miles City by approximately 225 miles.

I completed the first of the two letterheads in July of 2012, and I posted it in early August. That piece sold in September of 2012 at auction to support the Waterworks Art & Heritage Center. This one will be going to the Footprints on the Trail art show and sale in Great Falls, Montana, opening the 18th of this month for four days.