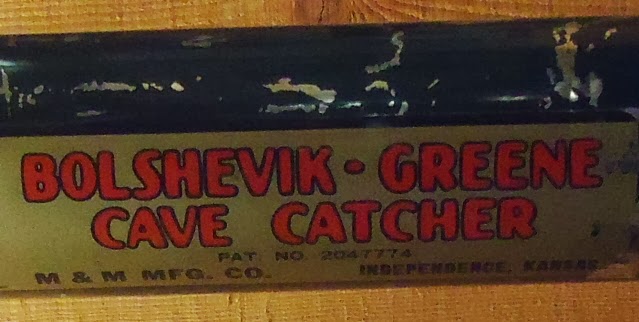 C. B. Stalnaker was a Shooter. He was to the oil extraction business what the Roto-Rooter man is to the plumbing business of today. The Bolshevik- Greene Cave Catcher, or as it was known to begin with The Bolshevik Safe Electric Time Bomb was one of his 'tools'. After all, a shooter has to have the right tools.

There is of course a story that I'm going to tell about Mr. Stalnaker. I knew him because I delivered a newspaper to the man, and collected for them every two weeks. I had no idea the kind of life this man led. Trust me. It involves the border, Nitro Glycerin in the rumble seat and a frackin' Bolshevik.

I told you he was a SHOOTER. This is not from a fake birth certificate. It is from a piece of billhead for Mr. Stalnaker's company. The magazine was NOT in town. More on that later.