Five Feet In The Air 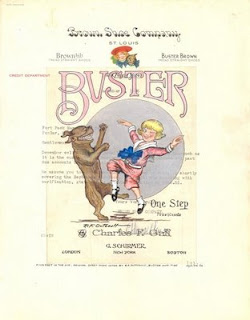 In 1902, Richard Fenton Outcault developed a cartoon character by the name of Buster, who quickly became an advertising phenomena. In 1904, the Brown Shoe Company purchased the licensing rights to Buster for $200, and Buster Brown began to sell shoes like there was no tomorrow. A rich little kid with a dog named Tige made a household name of the Brown Shoe Company and by 1917, with updated and more life-like features, Brown made Buster their permanent logo. Advertising art from a cartoon character? Literally, this was just the beginning.
Posted by MrCachet at 12:19 PM