A little history lesson about the Marshall-Wells Hardware Company of Duluth, Minnesota.

Established in March of 1893 when Albert Morley Marshall acquired Aurthur B. Chapin's interest in Chapin-Wells Hardware. A wide variety of hardware was sold by the company, but my primary interest was piqued when I discovered the piece of billhead illustrated below, and I've displayed it as two pieces. The primary reason for picturing it in two pieces, the billheader, and the lower portion of the document itself is because of it's size. It measures 8 1/2 by 13 3/4's inches high - much too large to scan in one piece, and the detail would be extremely hard to see if I were to display it in it's entirety. 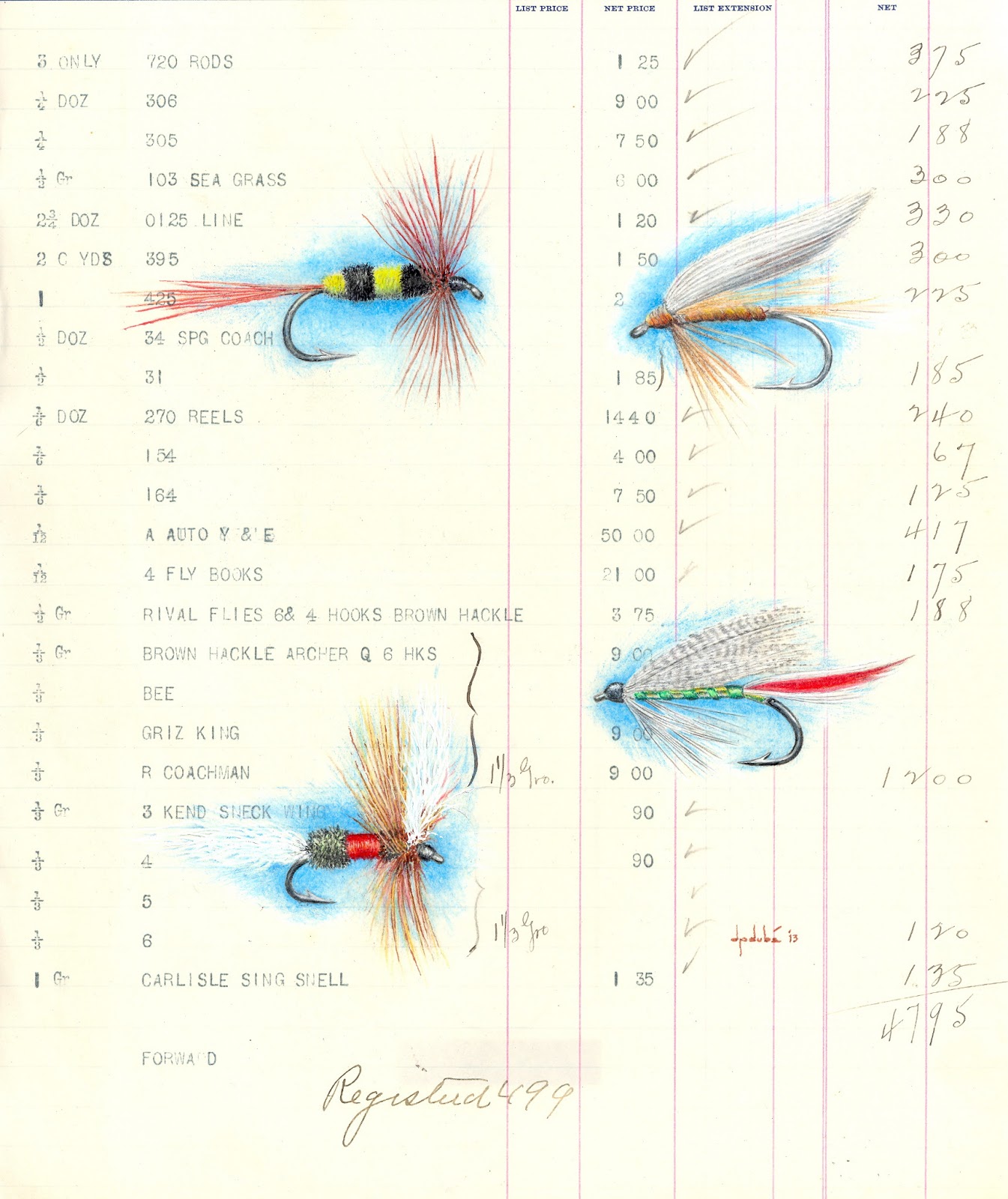 This piece was originally part of a ledger from the C. W. Rank & Company of Virginia, City, Montana. There were several other pieces of Marshall-Wells billhead in this ledger, but this one listed primarily fishing tackle, so therefore - that's the reason for my putting my rendition of four trout flies on this piece.

The ledger contained bills for the year 1904. The form was produced in 1903, printed in the upper left hand corner of the form itself: Form 9. 40M 2-9-03.  I find it a bit strange that there is also a printed reference on the right side which says: PLEASE MENTION DATE OF THIS INVOICE IF CLAIM IS MADE FOR SHORTAGE OR ERROR.

Above that is what I assume to be a date: 4-1. The reason I'm making that assumption is beside the words Your Order is the date 2-5.

I also discovered a fishing tackle history site this morning called Fishing for History: The History of Fishing and Fishing Tackle. I have yet to explore it, but it appears to have just what I've been looking for in the way of advertising images.
Posted by MrCachet at 4:13 PM