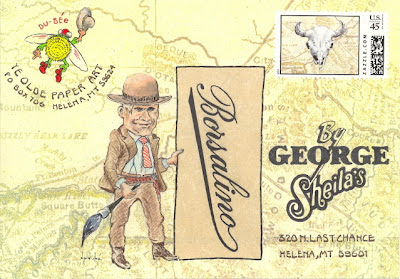 In the previous post I covered a little bit of history regarding Borsalino Hats, but I neglected to tell you a little about Giuseppe Borsalino, the founder of this world famous hat company.

One of the first, if not the first industrialist of any stripe in Europe to have a pension plan AND health insurance for his employees, his hats went worldwide fairly rapidly. He went from learning how to make a hat in France in the early 1850's, to employing over a thousand people in his single factory at the turn of the century when he died. The company continued to grow (and stayed in the family), and by 1913 employed over twenty-five hundred workers turning out literally millions of hats.Why would that be important?

Greg and Madge Allen own the only REAL Men's clothing store in Helena, Montana. They sell women's clothing as well (the Sheila's part), but I despise shopping for clothes at the Big Name stores. This business is Brick and Mortar. It's on Last Chance Gulch. It feels like the Larson's Clothing store in Shelby, Montana, where I purchased my clothes as a young man.

I won't reveal the Borsalino I'm now wearing, except to give you a couple of hints: Where did Giuseppe learn to make hats? What does a properly attired French artist wear?

I won't make you guess. 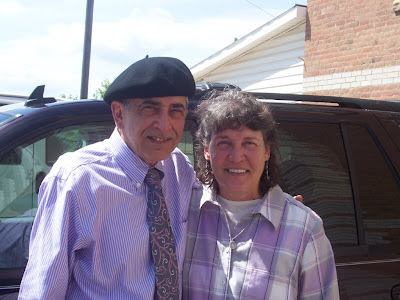